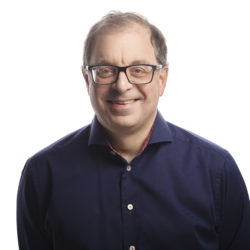 A former resident of the Northwest Territories and Nunavut where he commenced his career as a criminal defense lawyer, Mr. Cooper has practiced law for over 30 years but now primarily in the areas mass and class civil actions across Canada. Most actions, past and present, are on behalf of Indigenous Canadians who have suffered historical injustice at the hands of governments, charitable organizations and churches. He has been lead counsel on claims arising from the residential school system, forced relocations, the now defunct Indian hospitals system, forced sterilizations of indigenous women, Medical experimentation on Inuit and other northern aboriginal persons as well as claims of discrimination in the health care system and by the Royal Canadian Mounted Police. Further, he has been counsel on the “60’s scoop” of indigenous children forced into adoption by non-indigenous parents around the world. He also provides counsel to First Nations and Inuit organizations as to custom election procedures, controverted elections and developments on traditional lands. Mr. Cooper regularly counsels indigenous clients on matters including treaty entitlements, indigenous status and even on custom adoptions. He has appeared before many boards and agencies addressing matters as diverse as human rights to workers compensation of traditional harvesters.

pic. from the author's archive
previous
next
Designed by Studio Spectro
Privacy policy and protection of personal data. The www.literackisopot.pl website uses ‘cookies’ collecting selected data on the users and their preferences. They are, however, not used to process or retain personal data, but only the information which allows us to: • deactivate the banner with the information on the ‘cookies’ used on the website, • create website usage statistics and help measure the effectiveness of advertising campaigns. The www.literackisopot.pl website does not use ‘cookies’ to reach users via mail, e-mail, or phone. ok, I accept ✚